Robert D. Gregg & Sons, Inc. has been a long time fan and supporter of the Everett AquaSox and Pop Fly.  We’ve been season ticket holders since the early 90’s.  We’ve also been with Pop Fly for nearly that long.

If you don’t know the Everett AquaSox, they are a minor league team affiliated with the Seattle Mariners.  Originally formed in 1984, as the Everett Giants (feeding the San Francisco Giant’s) they play at Everett Memorial Stadium. Switching affiliations in 1995, they then fed into the Seattle Mariners.  Ken Griffey, Jr. hit his first professional home run there, June 17th, 1987.  Seating capacity of Everett Memorial Stadium is about 3,700 which offers an up close and engaging experience that only minor league baseball can provide.

Robert D. Gregg & Sons, Inc. has celebrated our second year as an All Star Agency, along with a few other independent insurance agencies in our area who all share a love of baseball, family fun and the Everett AquaSox.

We look forward to spring time and a new season of baseball.  Many great memories have been created at Everett Memorial Stadium. Kids frequently get to run the bases, a handful of nights have firework shows.  There a also fun theme nights such as Frogstock, Military Appreciation Sundays, Car Shows, Star Wars Night…

Below are just a few pictures of the great AquaSox moments our friends and family have experienced over the years. 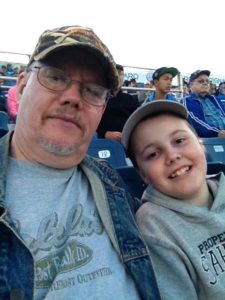 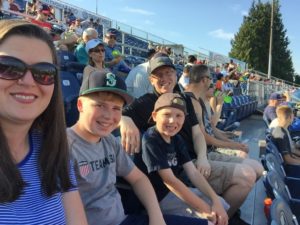 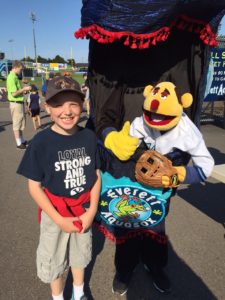 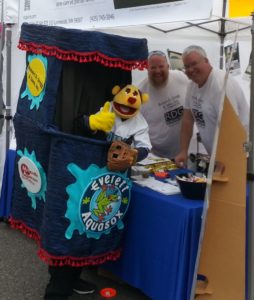 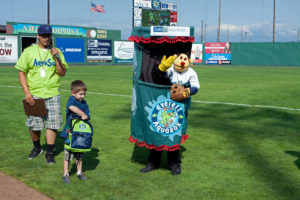 Need an insurance quote? Get in touch!

Access quotes from Washington's most trusted insurance carriers. It’s comparison shopping at the click of a mouse.

“Bob Sr. was our agent for years, he was like an Uncle to me, giving advice regarding the vehicles we had bought (how much power a new vehicle had and to be careful of lead foot). We now applaud Bob Jr., a chip off the old block!!!”